We tend to think of the future in terms of seismic shifts. The ‘60s Jetsons cartoon portrayed the future as flying cars, robot maids and a workweek consisting of an hour a day, two days a week. The more reasonable reality for the future of work is there will be incremental changes that will blossom into full-blown established trends.

Major corporations initially begrudgingly told employees to work from home during the early days of the Covid-19 pandemic. Over time, executives realized this setup was mutually beneficial for both the workers and the company. Employees had better work and life balance, and corporations could save money on expensive office space. Both groups enjoyed the fact that the environment improved by the rapid decline in commuting back and forth to the office.

The work product didn’t seem to suffer from the work-from-home experiment and employees were happier. The future of work will steadily build upon this trend. Companies will accommodate their staff to work from anywhere, as digital nomads.

After we’ve beaten back the disease, there will be many people who will still be afraid to take mass transit into work. They’ll simply refuse to go into the office. There’s a lot of legal liability for employers if they demand workers to return to work and they subsequently get sick. Even if management wants people physically in the office, it won’t be practicable to safely bring back everyone at once.

We will see a new hybrid setup, in which people work a few days in the office and several at home. Google has already proposed this plan as its new standard. Sundar Pichai, the CEO of Alphabet, Google’s parent, informed his staff that the company plans on implementing a “flexible workweek.” The company will have people work at least three days in the office and the rest remotely. As Google is viewed as the vanguard of new initiatives, other companies will follow its lead and deploy their own unique versions of the hybrid model.

In addition to some days in the office and others at home, the 9 a.m. to 5 p.m. schedule will be permanently changed. For health and safety reasons, we now know it’s no longer logical to have large numbers of workers tightly crowded together in cubicle farms.

In-office hours will be staggered, so that at any moment in time, there won’t be large gatherings of people at work. If you are an early riser, you may start the day at 7:00 a.m. and go home by 3:00 p.m. For those who like to stay up late at night, your day could commence at noon.

Major cities, such as New York, Los Angeles, Chicago and San Francisco, have punishingly high tax rates and lack business-friendly policies. With pushes to defund the police and cutting down on prosecutions, these cities have been plagued by crime, violence, looting and disorder. Government officials have demonstrated flagrant disregard for their citizens by haphazardly ordering businesses and schools to shut down with little warnings.

People will continue moving out of large, crowded, high-taxed urban areas in droves, favouring places that are more attractive. They’ll relocate to lower-cost locations within the United States and abroad to save money—while still receiving the same pay. Smaller cities, towns and suburbs that offer nice, warm weather, low taxes, relatively reasonably priced homes and safety from crime will draw throngs of people who are fleeing the big cities.

White-collar workers, well-paid singles without attachments constraining them to one physical location and people pursuing travel and the excitement of something new will work anywhere in the world, as a digital nomad.

Wall Street bankers, hedge fund managers, tech titans and others who have the financial wherewithal will continue moving out of New York, for the Hamptons, Palm Beach, Martha’s Vineyard and the suburbs of Connecticut and New Jersey.

The Fight To Attract Workers

There will be a battle to attract workers. Firms will make generous offers to entice people to move or work there on a temporary or long-term basis. These places will recognize that if they have a warm climate, sound technology infrastructure, low taxes and a welcoming government, they could attract a lot of people, which will result in more revenue for these locations. Miami Mayor Francis Suarez has actively campaigned on Twitter to attract tech companies and people to move to his city.

Hawaii saw its economy suffer due to a lack of tourism. In an effort to turn things around, state officials, intent on reviving the lacklustre economy, started a program—“Movers & Shakas“—to bring remote workers to the islands and set up remote offices.

Similar to Hawaii’s program, several countries are also encouraging Americans to migrate there, offering special visas and open arms. Barbados, Estonia, Bermuda and Georgia have all opened their doors to Americans, inviting them to come, work, pay taxes and contribute to the economy.

This trend will continue, as locations that offer lower taxes, safety, warm weather, a business-friendly government and generous incentives to move will aggressively court workers to live and work there.

Companies Will Pay The Same Salary To People Wherever They Reside

In an effort to obtain the best talent, companies will pay their workers the same salaries—whether they reside within commuting distance of their office or in another state thousands of miles away. Location-based salaries and compensation are now being questioned and reevaluated, in light of the success of the massive work-from-home or anywhere-remotely trend.

A number of high-profile corporations, such as Reddit and Zillow, have already informed their employees that they could work wherever they’d like and earn the same amount of money—as if they were based in expensive cities, such as New York or San Francisco. This trend may continue, as it’s reasonable to see other companies recognize this is a great way to attract and retain workers.

The prospect of not needing to live within commuting distance of a job and the ability to apply for a role anywhere in the U.S. could be a career game changer. A person who’s stuck in a region that doesn’t offer appropriate jobs would have to settle for what’s available. When companies are open to recruiting talent away from the major business hubs, it opens up new vistas for a large number of Americans.

From 1914 to 1918, the U.S.—and world—witnessed the horrific carnage of the “Great War,” now known as World War I. Toward the end of the war, in 1918, a vicious virus ravaged humanity. The Spanish Flu of 1918 to 1919 led to the deaths of about 50 million people worldwide. After the war ended and the virus subsided, a new era—the Roaring Twenties—started.

This time period was marked by a new sense of optimism. There was an overall feeling of a brand-new dawn. Everything looked possible. There were new technological inventions, the Jazz Age and Harlem Renaissance began, arts and culture flourished, people were dancing, drinking and enjoying life to the fullest.

We may see something similar happen in the future. UCLA economists are optimistic about 2021. They call for an initial “gloomy [Covid-19] winter and an exuberant vaccine spring.” Thereafter, the university economists predict that the U.S. will realize “robust growth for some years.”

After the vaccines are rolled out, there should be a new feeling of confidence and exuberance. The fear of contracting Covid-19 will slowly dissipate over time. It’s hard to fathom going out without a mask and enjoying a concert, but it will start again, as people are social creatures and enjoy being around others.

There will be pent-up demand for enjoying life. They’ll want to go to restaurants, bars, clubs, sporting and music events—similar to what happened during the Jazz Age.

More Jobs Will Be Created

The job market will heat up. When the vaccines, coupled with wearing masks and social distancing, prove to work, we’ll see a rapid change in our collective mindset. People will become more positive and optimistic.

Economists have noticed that Americans have been saving their money, as they are no longer engaging in the behaviors of the past, and don’t spend as much. The stock market has been hitting new record highs, as investors are betting on a brighter future.

Corporate executives, excited about moving from a pandemic era into a new epoch, will feel the animal spirits and grow their businesses. When management believes things are looking rosier, they’re more apt to initiate projects, launch new business lines, acquire other companies and hire new people.

There will be a lot of pent-up demand by the consumer. Their spending will help businesses. This will create a positive momentum. Companies will scramble to hire to stay one step ahead of their competition.

Found this blog insightful? We think you might enjoy reading this one too!

Are you a Digital Analytics, Programmatic, Cloud Computing or Data Science practitioner who is looking for a new career step at the moment? Check out our latest live vacancies here

Looking to build or expand your team with the best digital talent? Check out how our new Products and Services can support you here 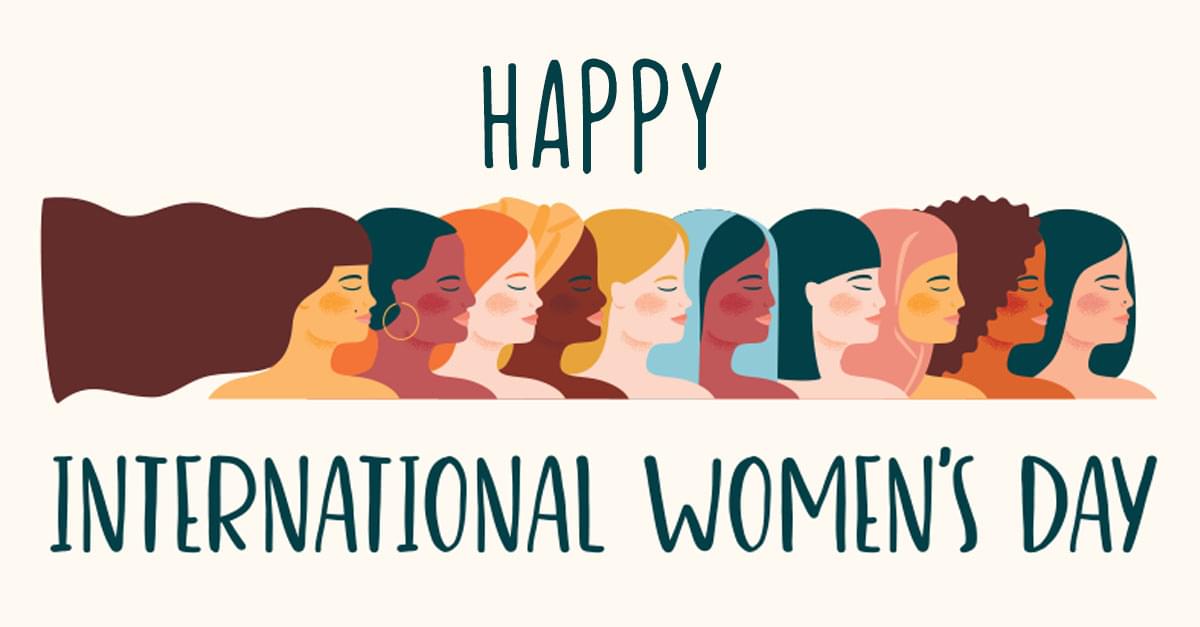 Aligned with our increased commitment to #DiversityandInclusion this year, today we have celebrated #ZeroDiscriminationDay. We would like to encourage all #digital practitioners to celebrate uniqueness and embrace diversity so that our societies and workplaces can be enriched. https://t.co/aYuk9rw5zF

Building a #diverse workforce is a no brainer, but how can you attract a more diverse #candidate pool? Answers in our new blog: 👉 https://t.co/P4Wpeh6aUE #diversity #inclusion #diversityandinclusion #diversitymatters #diversityindata #recruitmentstrategy #HR #HumanResources
h J R
@DRepublicUK 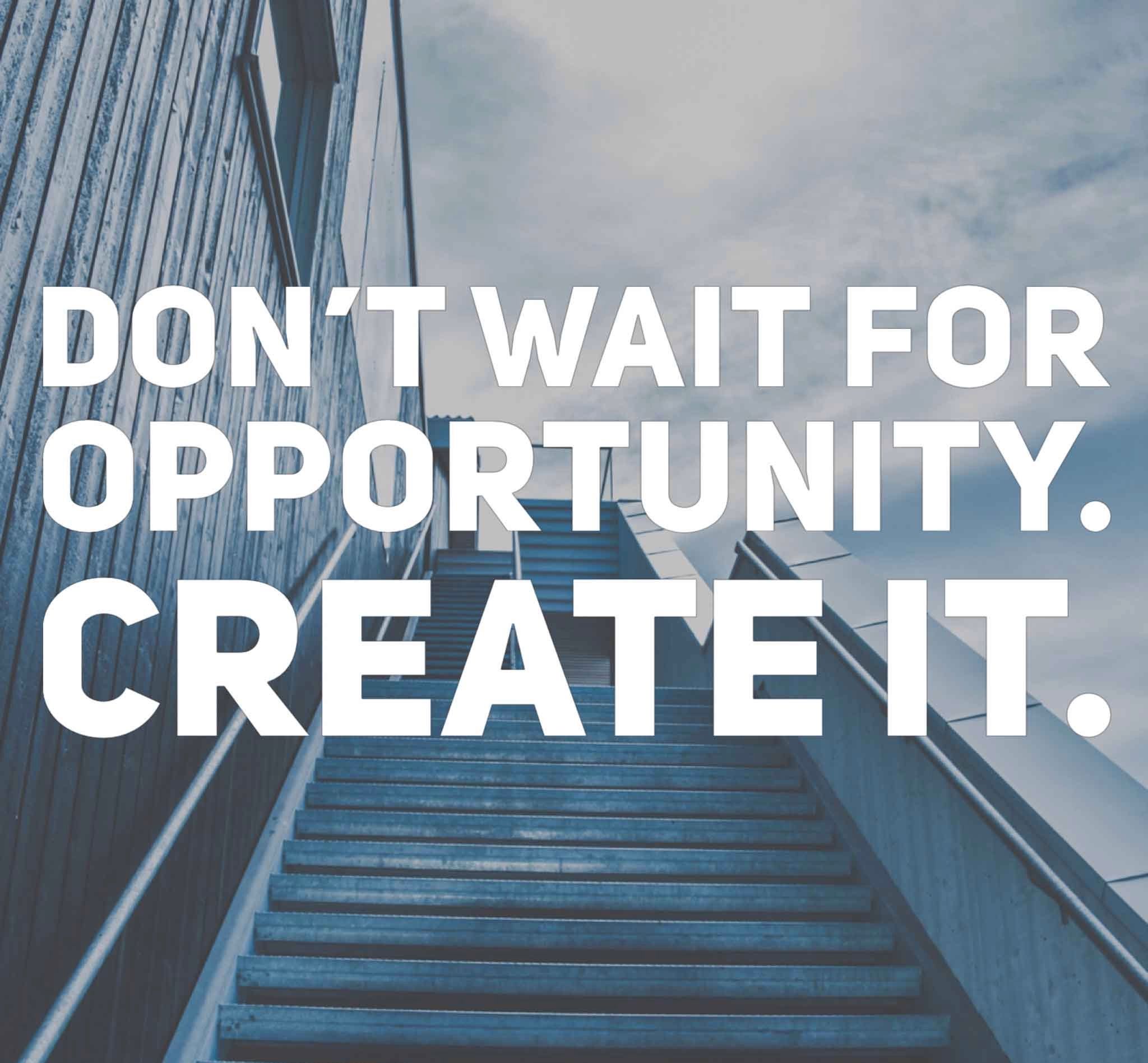 We would like to acknowledge the irreplaceable women's contribution and we #ChooseToChallenge any type of inequality in the workplace and society at large.

Inspired by this special day and a great recent piece on Black female CEOs in Fortune 500 companies Thasunda Brown Duckett this International Women’s Day we’ve looked at 3 things companies can and should be doing to tear down the barriers to senior leadership positions faced by women.

It’s such a hugely important topic and we’ve only scratched the surface in this article, but committing to change and then taking action is the absolute least businesses can do!

How Will Brexit Impact Hiring Within The UK Technology Businesses?

2020, a year that many would prefer to forget. A year that saw technology businesses face unprecedented challenges, revenues threatened and significant impacts on company growth and hiring strategies. It was also the year that saw the UK strike a deal with the European Union, end the 11-month transition period and exit the EU single

New Immigration Guidelines: What Do Employers Need To Know?

While Brexit preparations might still seem a distant set of priorities for some organisations, in July the government issued more detailed guidance on how the new points-based immigration framework would operate from the start of 2021. Claire Nilson and Hodon Anastasi outline the main points. On Monday 13 July, the government released further details on the

The UK’s New Immigration Rules After Brexit: Five Things Employers Should Do

Four years of Brexit uncertainty and counting. Add the severe impacts of a global pandemic and many employers of people in the UK are unprepared for the new immigration system starting on 1 January 2021. According to a survey by campaign group the 3 million, only 14% of companies said they were clear on the